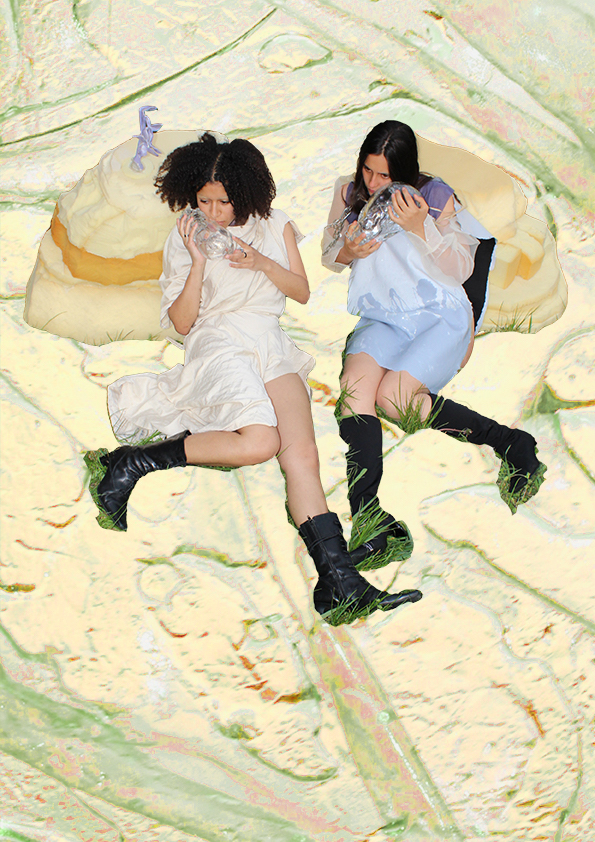 The Incantation Ploy is a piece composed of seven songs or spells, traveling through ways of creating narrative. The ever-shifting personas search for a constant romance or intoxication with the world, in and through impossible matches. They are constantly met by an estrangement, possibly due to a failure of communication, possibly due to an unbridgeable gap between.

Two bodies stand in on scene. Who do they stand in for?
The one pauses and dreams of a world of their own, of a romance with that world.
The other has a duty to fill
One becomes the lover, enamored and caught in-between
Other calls out, they are the mystic-incarnate, open and receiving.
And so they situate tall and proper, with the taste of incredibly important words on their lips.
You can see it in the way they stand– an anticipation of gravitas.
But their voices come shooting out