For this project, Evelyne Verhellen worked closely together with video artist Tabea Rothfuchs (CH), performer/dancer Anne Dauberschmidt (CH) and musician Daniel Brandl (DE).
Über-gänge  - transitions define life: everything around us and inside of us moves constantly of one condition to the other. Only little attention is spent to the transitions, which sometimes tend to be very brief. Together with this group of artists, we investigated how these alterations  arise in the different disciplines and are being influenced from outside. How a transition is stopped. How a space, an action, a sound shifts in meaning. How inevitable it is to become the person that others keep on seeing in you. How someone becomes variable and slips from one personality into the other. How we keep on being surprised about that.
In ÜBER-GANG, 4 performers create a continuous transformation.
The power of being influenced is inevitable. It clarifies how variable a space, an action, a personality is. 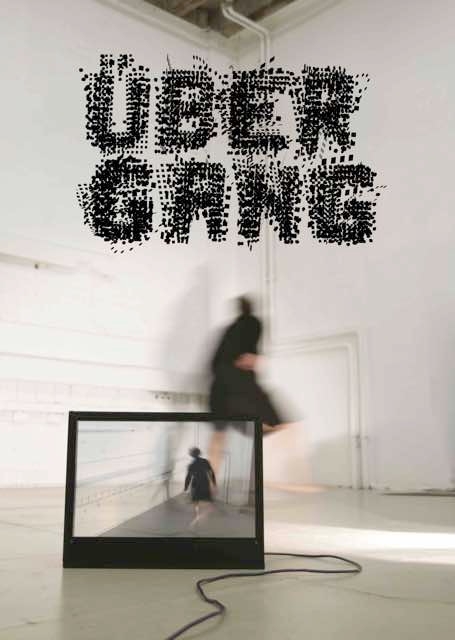