Seven artists redeem the somewhat forgotten format of the slide-projector. Our viewing experience in this exhibition is deliberately slowed down; every image, every still is granted its moment in time, its autonomy. What the works have in common is a focus on a movement that is not there, that is manifesting itself in our mind rather than on our retina. Although strikingly diverse in their approach, all artists in their own way emphasize the tension that builds up in the interval between two images. Within the conceptual framework of the slide-projection, an alternating dynamic is generated between stepping and stopping, physical rest and movement of the mind, image and imagination. In a climate of incessant exchange and consumption of audiovisual stimuli,  s u r  p l a c e  pays homage to the image that, on the spot, produces a momentary pauze. – Edwin Carels

s u r  p l a c e  takes place in the context of the EOS-project B-magic, which focuses on the history and aftereffect of the magic lantern as a mass medium in Belgium.

On October 6th, B-magic researchers will enter into dialogue with some of the artists in the exhibition, followed by a book presentation of De harde naakte werkelijkheid (Tim Bruggeman). See you at KASKcinema at 4 pm, entrance free of charge.

Works in the exhibition

Tim Bruggeman, I, II, III, 2016
Tim Bruggeman has based a whole series of works on the archive of Dr. Beaucourt, who in the nineties crossed schools in Flanders with a brutal slideshow of weekend accidents. I, II, III shows the slide archive in its purest material manifestation: as three circular slide trays or carousels. It is the starting point of a reﬂection on collective imagination and emotion.

Tim Bruggeman, 36 descriptions, 2021
Bruggeman’s research focuses on the representation of strong images that both fascinate and repulse. The artist provides the windows of the Zwarte Zaal on the outside with a short description of each time a different slide from Dr. Beaucourt's archive. A procession of 36 invisible, mental images to contemplate.

Mekhitar Garabedian, Table, Gentbrugge (Kitchen), 2014 - 2015, 2015
In this slideshow the field of vision is limited to the artist's kitchen table. There are some bottles, boxes and fruits that come and go, as well as the tray with herbs and oils for daily use. Snapshots become still lifes, always a similar image, each time different light. A work that incites a mediation on cleaning up and preparing meals; on steady routines and the rhythm of life.


Katrin Kamrau, Projektion, 2013
In Projektion, images from two Kodak projectors cross each other through a glass panel at an angle of forty-ﬁve degrees. Kamrau adopted the photos from a 1970s manual on how to enlarge colour slides at home. The work draws attention on the process of image making and the projection of social relations that automatically comes with it.

Steven Jouwersma, Dia Exit, 2007/2021
More than ever, we are capturing ‘important moments’ in photographs. But what meaning do these images still retain, after so many years? In this installation, each visitor is given the privilege of viewing a few slides, which inevitably leads to their destruction. Jouwersma collected the slides from different homes in the Netherlands, in exchange for apple pie.

Gena Kagermanov, On War and Other Trivialities, 2020
This projected succession of documentary photographs evokes daily life on both sides of the front in the Donbas region, eastern Ukraine. Fleeting and fragmented, these images remind us of the absurd reality in a conﬂict zone: how everyday moments of boredom or joy are permanently overshadowed by agony and violence.

Chantal van Rijt, Veronica, 2017
For this installation, two projectors are animating robot legs. Driven by the zeros and ones of an Arduino, the sound of the projectors provides a mechanical rhythm to a prosthetic dance. The work revolves around projection and motion, but also deals with robotics and science.

Hannes Verhoustraete, Vue brisée – preparations for a ﬁlm, 2021
For his associative ﬁlm in the making, Verhoustraete uses historical magic lantern slides, such as those taken by Catholic missionaries in the Belgian Congo. But also the kind of images that these missionaries showed to the people on location. Like a kind of atlas, the ﬁlm materials are displayed in a spatial manner, to be assembled in a linear way later on.

See all the specifiations

B-magic is a research project funded by the EOS-program of FWO Vlaanderen and FNRS.

The exhibition  s u r  p l a c e  is a production of KASK & Conservatorium. 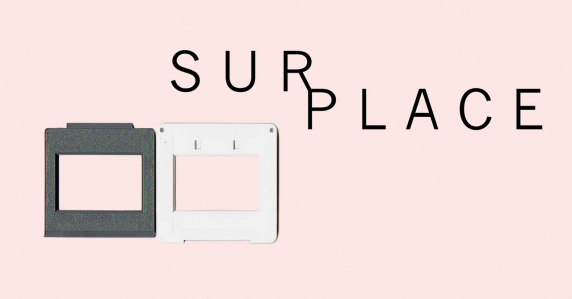