Jonas Staal will not make it to MIRY Concert Hall due to the Dutch corona measures. We will move the KASK lecture to the digital sphere. Those of you who have booked a ticket, will receive a link to the ZOOM webinar. We will also stream the lecture to the KASKlezingen facebook and Youtube.

Jonas Staal is a visual artist. In his work Staal investigates the relationship between art, democracy and propaganda. What is the meaning of the state in the 21st century, which rules and laws do they adhere to or not adhere to, and in what way can art serve to unmask and change these mechanisms? How do old states dominate the world and is there room for alternative forms of emancipatory government?

The search for a new meaning for the state led to projects such as New Unions (2016-running), an artistic and political campaign based on Europe's current political, economic, humanitarian and ecological crisis, aimed at bringing together representatives of trans-democratic movements and organizations to develop scenarios for new future forms of governance. He places the inadequacy of current systems in the lack of imagination within existing societies. The role of art thus becomes a foundation for reflecting on the myth of the nation-state and questioning how artistic imagination can contribute to the creation of radical alternatives. In collaboration with progressive political parties and pan-European movements, Staal is campaigning for alternative parliaments on abandoned oil drilling platforms and stadiums. As such, the exhibition space is being transformed into the artistic model of a new campaign headquarters.

In response to the War on Terror and its exclusion mechanisms in the form of so-called blacklists, Staal created the artistic and political organization New World Summit (2012- ongoing). With this platform he develops alternative parliaments in art institutions, theatres and public space, where stateless organizations and groups on international terror lists meet to reflect on alternatives to capitalist democracy. One of the organizations Staal frequently works with is the Kurdish movement in Rojava, an autonomous region in northern Syria, where the artist has been active for several years. In this region an alternative "stateless democracy" was founded, for which Staal was commissioned by the people's parliament to design an alternative parliament that opened in 2018. Due to the ongoing civil war in Syria, the terror of IS and the recent invasion of Turkey, the autonomous region and their alternative society is now under extreme pressure.

In this lecture Staal examines his practice: the role of art in making oppressive systems visible, and the role of artistic imagination in the development of alternative emancipatory forms of society.

Jonas Staal is a visual artist whose work deals with the relation between art, propaganda, and democracy. He is the founder of the artistic and political organization New World Summit (2012–ongoing) and the campaign New Unions (2016–ongoing). With BAK, basis voor actuele kunst, Utrecht, he co-founded the New World Academy (2013-16), with Florian Malzacher he is currently directing the utopian training camp Training for the Future (2018-ongoing) and with Laure Prouvost he is co-administrator of the Obscure Union (2017-ongoing). Recent exhibition-projects include Art of the Stateless State (Moderna Galerija, Ljubljana, 2015), After Europe (State of Concept, Athens, 2016), The Scottish-European Parliament (CCA, Glasgow, 2018) and Museum as Parliament (with the Democratic Federation of North Syria, Van Abbemuseum, Eindhoven, 2018-ongoing). His projects have been exhibited widely at venues such as the Stedelijk Museum in Amsterdam and Moderna Museet in Stockholm, as well as the 7th Berlin Biennial (2012), the 31st São Paulo Biennale (2014), The Oslo Architecture Triennale (2016) and the Warsaw Biennale (2019). Recent publications and catalogs include Nosso Lar, Brasília (Jap Sam Books, 2014), Stateless Democracy (With co-editors Dilar Dirik and Renée In der Maur, BAK, 2015), Steve Bannon: A Propaganda Retrospective (Het Nieuwe Instituut, 2018) and Propaganda Art in the 21st Century (The MIT Press, 2019). Staal completed his PhD research on propaganda art at the PhDArts program of Leiden University, the Netherlands. 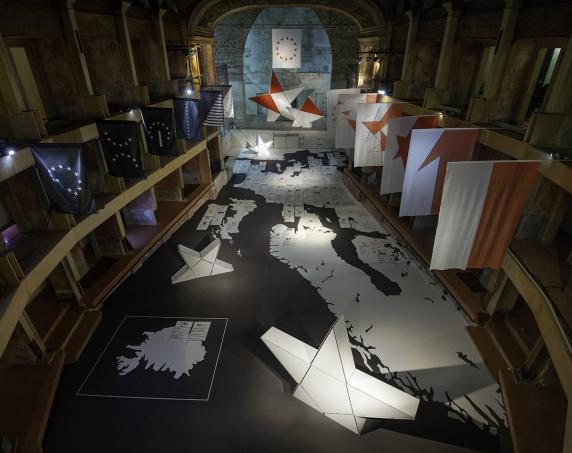