Jaakko Pallasvuo won the StartPoint Prize in 2013 with a bizarre, yet now prophetic video in which a commune called 'EU' that is closed off from the outside world is gradually decaying... In addition to these and other videos in which a despotic world makes way for a revolution, or in which Pallasvuo wonders for hours at a time what the world is all about, he makes paintings, sculptures, textile works and installations. He writes texts and is currently studying in theatre. A very rich practice, in which the starting point is not the medium, but the story that Pallasvuo wants to tell. The day before the lecture there will be a screening of various works by Pallasvuo in the Brussels Beursschouwburg. 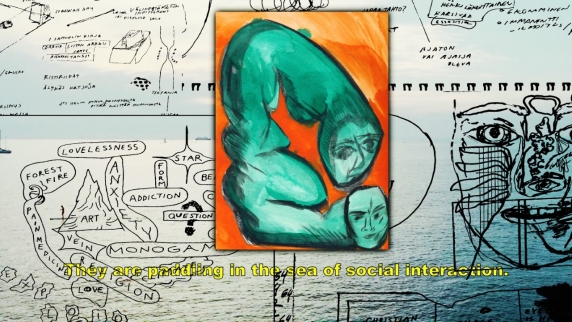