The conceptual artist Kendell Geers (°1968 Johannesburg, South Africa) left South Africa in the 1980s for London and New York in protest against the apartheid and the ruling regime. After the release of Nelson Mandela and the abolition of apartheid, Geers returns to Johannesburg where the recent abolished apartheid and related issues such as discrimination and power relations form the main subject of his work. Violence and power structures as central elements, where the chosen materials translate these theoretical concepts into physical experiences. This is being done through the use of often aggressive, unconventional materials such as razors, barbed wire, broken glass and body bags that (physically) investigates power structures, political oppression, social injustice, sex, discrimination and others.

Although his work has a strong political burden, Geers' practice can not be reduced to 'political art', as it is equally anti-institutional and investigating the 'poetry of violence'. In 2012 he wrote a manifesto in which he compares political and natural revolutions, in an exhibition space he placed an fence on high-voltage current, he blew up a wall in a museum, made a book by shooting with a shotgun on it, and in 2007 he started the audiovisual group "thefucKINGFUCKS" with Patrick Codenys (Front 242).

The works of Geers are shown in several major international exhibitions such as the Documenta, Carnegie International, Havana Biennial, Istanbul Biennial, Kwang Ju Biennial, Taipei Biennial, Gwangju Biennial, Lyon Biennial, Venice Biennial. He had solo exhibitions in CCA Cincinnati, SMAK Gent, Baltic Center for Contemporary Art, Aspen Art Museum, MOCA in Rome, Migros Museum, Palais de Tokyo, CAC in Lyon and in 2013 he had a retrospective in the Haus der Kunst in Munich. Since 2000 Kendell Geers lives and works in Brussels. The lecture will be in English. 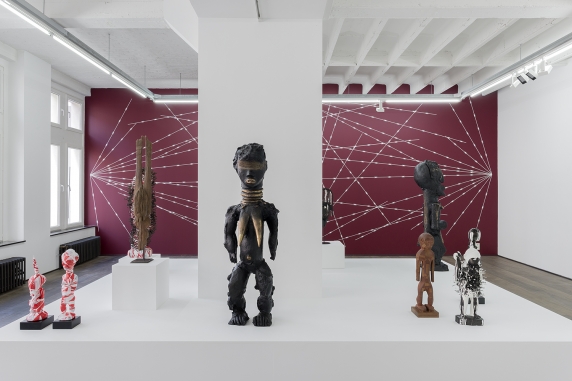