S.M.A.K. and Curatorial Studies are honoured to welcome JEAN-HUBERT MARTIN as the second keynote speaker in the 2018-19 Curatorial Lecture series 'Learning from Artists'.

Jean-Hubert Martin joined the Musée National d’Art Moderne in Paris as a curator in 1971, and was part of the team that established the Centre Pompidou in 1977. After serving as director of Kunsthalle Bern in 1982-85, Martin returned to the Pompidou in 1987-90 as director of the Musée National d’Art Moderne, and has since overseen institutions including the Musée National des Arts d’Afrique et d’Océanie in Paris and the Museum Kunstpalast in Dusseldorf. 'Les Magiciens de la Terre', which he curated in 1989, is widely regarded as a breakthrough in reassessing the center-periphery hierarchy of Modernism. More recent exhibitions curated by Martin include 'Contemporary Morocco', Institut du Monde Arabe, Paris (2014-15); 'Theater of the World', La Maison Rouge, Paris (2013); 'Against Exclusion', Moscow Biennial (2009); and 'Partage d’Exotismes', Biennale de Lyon (2000). An anthology of his writings, L’Art au Large, was published by Flammarion in 2012.

Each academic year, S.M.A.K. and Curatorial Studies at KASK-School of Arts, Ghent, co-organise the prestigious Curatorial Lectures series, given by renowned curatorial practitioners in relation to a specific theme. After ‘Working with Artists’ in 2017-18, this year's theme is ‘Learning from Artists’ – the curatorial responsibility of learning from artists, on individual as well as institutional levels.

All lectures take place at S.M.A.K., are free and open to all. 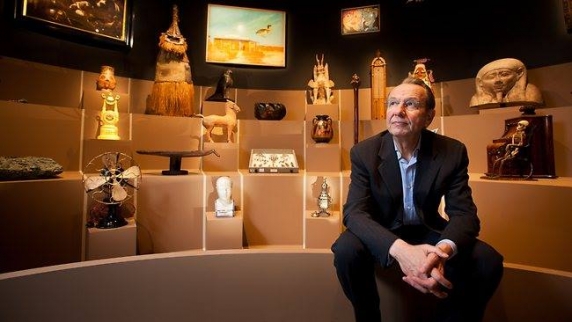