The graphic design department invites Bart de Baets and Sandra for a lecture.

Bart de Baets (Knokke, 1979) is a graphic designer based in Amsterdam. He currently is designing the identity and a bimonthly bulletin for Kunstverein Langenhagen, and Forum, an architecture magazine, with Sandra Kassenaar. He is the writer, editor and designer of the ongoing fanzine Dark and Stormy (together with Rustan Söderling), and Success and Uncertainty – Back Up (2011), a series of posters and a publication responding to the Arab Spring made in Cairo in early 2011 (together with Sandra Kassenaar). He teaches at the graphic design departments of the Gerrit Rietveld Academy (Amsterdam) and the Royal Academy of Arts (the Hague). He has conducted workshops and given lectures about his work throughout Europe and the US.

Sandra Kassenaar (Johannesburg 1982) is an independent graphic designer, living and working in Amsterdam. She graduated with an MA from the Werkplaats Typografie, Arnhem in 2007 and since then has worked with artists, curators, writers and architects, focusing mainly on printed matter. With Bart de Baets she initiated the poster project Success and Uncertainty – Back Up (2011) during a residency in Cairo. Besides running her studio, Sandra collaborates with the editors Kirsten Algera and Ernst van der Hoeven on making the biannual design and craft magazine MacGuffin and regularly teaches at the graphic design department of ArtEZ in Arnhem. 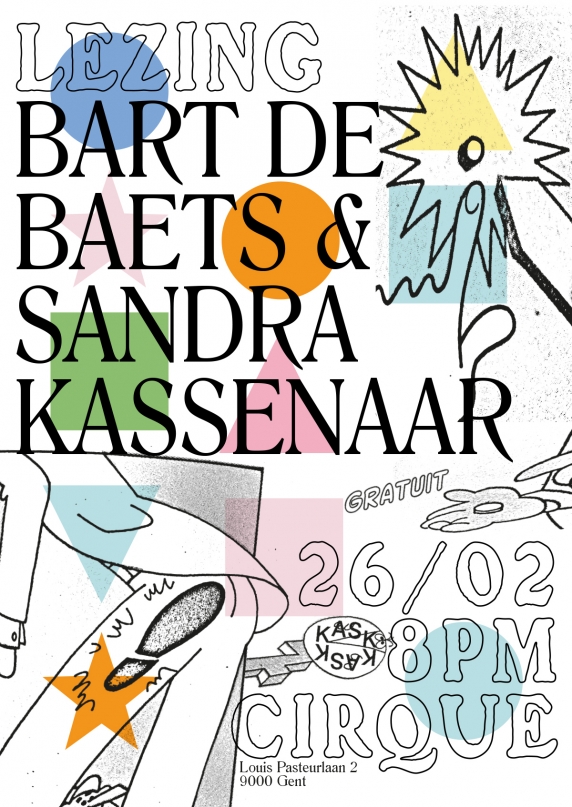