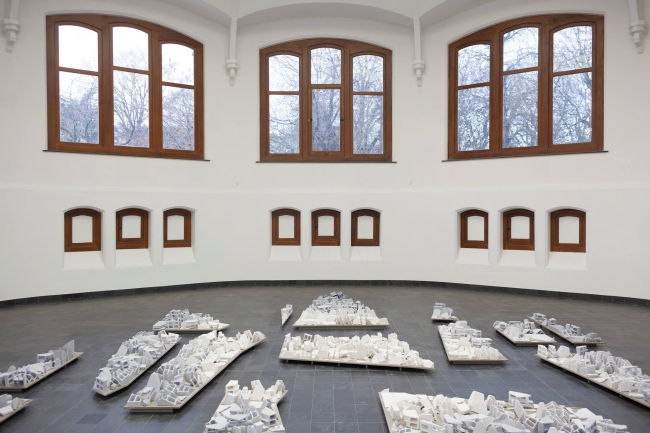 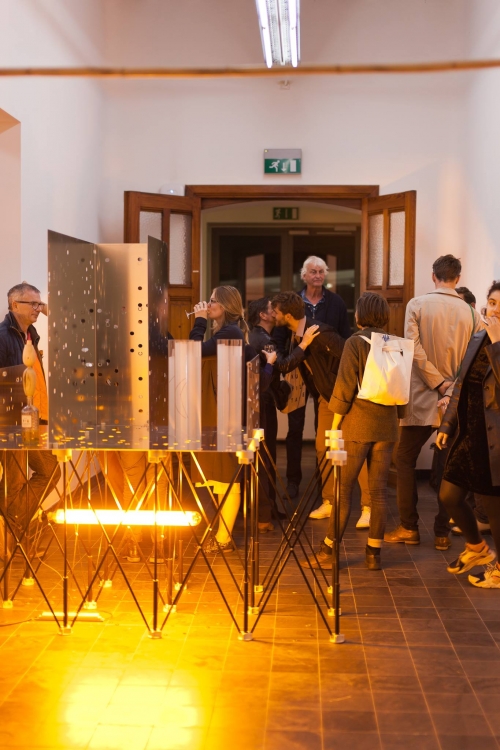 KIOSK occupies a unique place in the Flemish arts landscape. As a space for contemporary art, it is positioned in the segment between large museum and institutional exhibition spaces on the one hand, and smaller, experimental spaces on the other. In 2006, KIOSK began its activities in a small, glass pavilion. In February 2010, it swapped this temporary location for a new exhibition space in the restored Cloquet Institute’s former anatomical theatre on the Bijloke site.

KIOSK aims at a systematic, monographic approach, which mainly takes the form of double exhibitions. Using this dialectical model, KIOSK tries to bring the dynamic within the creative process to the fore, and to help shape a wider frame of reference within which the artist’s work can be understood. This position is intrinsic to the educational context in which KIOSK works.
KIOSK is an initiative of Kunstensite vzw and KASK, and its work is supported by the Flemish Government. KIOSK receives additional support from the city of Ghent.