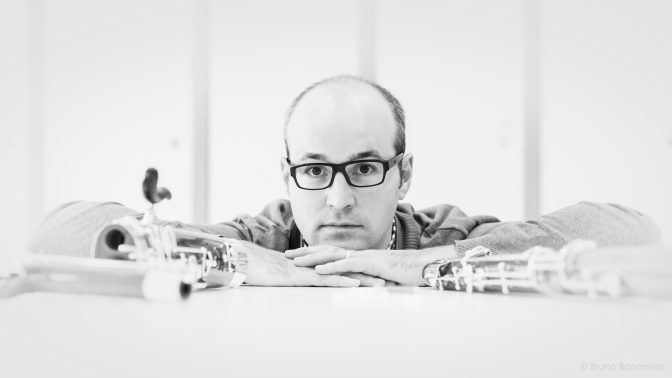 Pieter Nuytten (b. 1980) studied bassoon at the conservatories of Antwerp, Cologne and Basel with Francis Pollet and Danny d'Haene (contrafagot), Georg Klütsch and Sergio Azzolini.

As a student he played with the European Union Youth Orchestra, the Pacific Music Festival Orchestra (Japan) and the Gustav Mahler Jugendorchester. Among others under Bernard Haitink, Ivan Fischer and Claudio Abbado.

He loves the interaction and intimacy of chamber music and had the opportunity to play alongside musicians such as Igor Roma, Nicholas Daniel, Jonathan Kelly, Priya Mitchell, Vladimir Mendelssohn, Alfredo Perl, Natache Kudritskaya and Jean-Claude Vanden Eynden. He has played at festivals in Osnabrück, Storioni Eindhoven, Nature et Musiques en Bauges (FR), Schiermonnikoog and Arbanasi (Bulgaria). He is a regular guest of the chamber music ensemble Oxalys and a founding member of the Focus ensemble and the Kölner Kammersolisten.

Pieter made his debut in 2001 as a soloist at Mozart's Sinfonia Concertante. Since then he has played concertos and concertantees by Bach, Vivaldi, Haydn, Mozart, Weber and Peter Maxwell Davies.

In 2008 he played Mozart's bassoon concerto with the Collegium Instrumentale Brugense. This concert was broadcast live on Radio Klara. His performance of Andante and Rondo Ungarese from Weber with the Brussels Philharmonic was also broadcast on Klara in December 2014. In 2016 he played Richard Strauss' Duet Concertino with Marija Pavlovic and the Flanders Symphony Orchestra, and later with the Dubrovnik Symphony Orchestra at the Dubrovnik Festival 2016.

Pieter is a principal subject teacher bassoon at the Conservatories of Rotterdam and Ghent, and gave masterclasses in Belgium, Linz, Seoul, Lima and Buenos Aires.