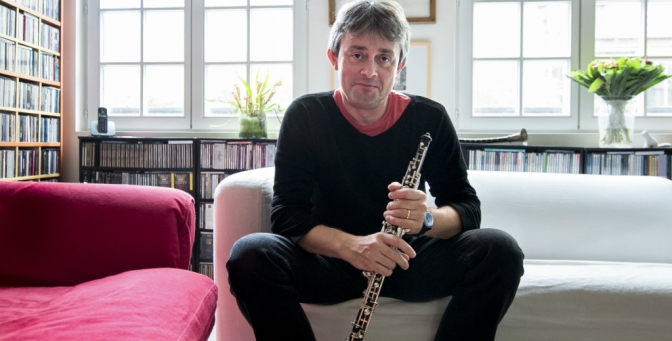 Piet Van Bockstal studied at the Royal Conservatory of Brussels with Paul Dombrecht. He also took private lessons with Hansjörg Schellenberger (Berliner Philharmoniker) and John Anderson (Philharmonia Orchestra). Van Bockstal is the laureate of various national and international competitions (Tenuto, Trompconcours) and was voted young interpreter of the year in 1990 by Jeugd en Muziek Vlaanderen. Since 1985 he has been the first solo oboe of the Royal Philharmonic Orchestra of Flanders. He is a co-founder of the Ictus Ensemble.

He played pretty much the entire oboe repertory on stage, both as a soloist (in more than 50 concerts for oboe and orchestra) and in chamber music with various partners such as pianist Yutaka Oya, the wind quintet Arcane, the Lindsay Quartet and the Arditt Quartet. He has played all over the world (Japan, China, Brazil, Russia, Canada and almost the whole of Europe) and has made about forty CD recordings, including an anthology of Belgian music for oboe and chamber orchestra and a recital recording of Jewish music for oboe and piano.

His interest, however, is not only in the performance of music. In the recent past he was classical manager for BMG-Ariola, concert manager of the Baroque ensemble Il Fondamento, programmer of various chamber music series and radio programmes, vice-chairman of the Young Philharmonic and driving member of various advisory and management boards.