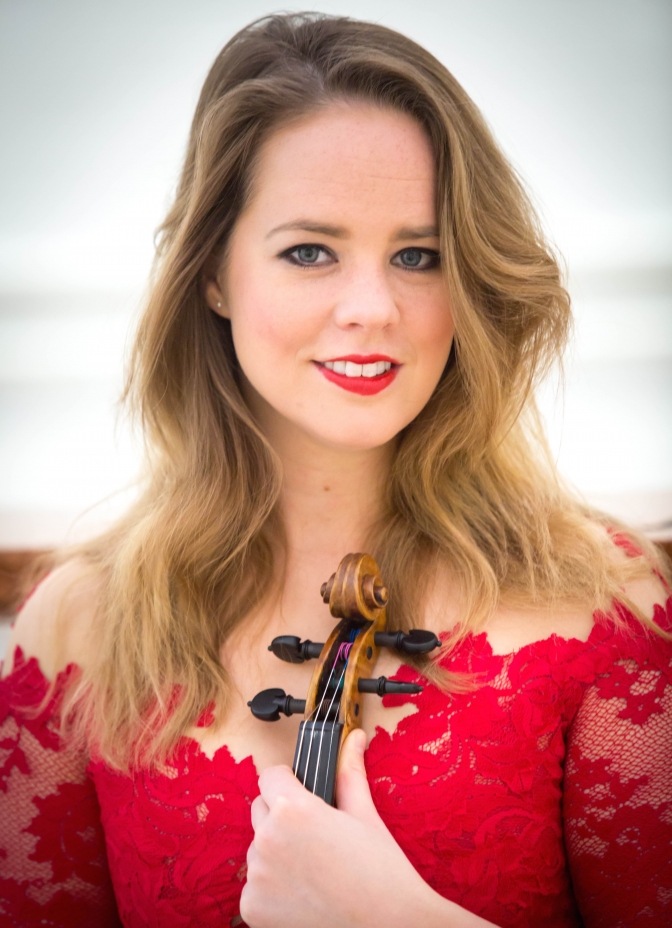 Dutch violin virtuoso Lisa Jacobs is known for her passionate performances, interesting programs and communicative qualities on stage. She is equally at home on the concert stage with concertos, chamber music, recitals and solo works. At the age of 17, Lisa made her successful debut with the Royal Concertgebouw Orchestra under the baton of Riccardo Chailly.

She has played all around the world ever since, both as a soloist with renowned orchestras and conductors, as a recitalist with her pianist Ksenia Kouzmenko and at chamber music festivals. Lisa Jacobs collaborated with amongst others Royal Concertgebouw Orchestra, Amsterdam Sinfonietta, Brussels Philharmonic, Bremer Philharmoniker, Lithuanian Chamber Orchestra and respected conductors such as Neeme Järvi, Riccardo Chailly, Massimo Quarta, Dirk Brossé, Otto Tausk, Mikhail Agrest, Juozas Domarkas and Carlos Miguel Prieto. She plays a Rugieri violin from 1683.

Besides her concert career, Lisa Jacobs greatly enjoys teaching and is regularly invited to give masterclasses worldwide. From September 2018 she has started as a professor of violin at the Conservatory of Ghent, Belgium.
Miss Jacobs is a proud Pirastro Artist since 2017.