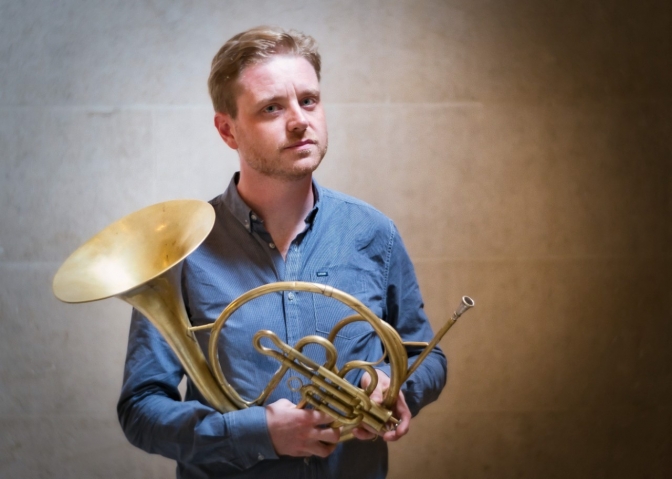 Jeroen Billiet (°1977, Tielt) studied at the Royal Conservatories of Ghent and Brussels with Luc Bergé, where he graduated with great honors in 2001. He completed his studies with lessons from Froydis Ree Wekre, and specialised in his great passion: historical instruments with teachers such as Claude Maury and Anthony Halstead. After this, a career began that took him past the most prominent formations for early music: Concerto Köln, i Giardino Armonico, Il Fondamento, l'Orchestre des Champs Elysées and the Irish Baroque Orchestra. From 2002 to 2009 he was solo horn with the Musiciens du Louvre-Grenoble conducted by Marc Minkowski and from 2012 to 2018 with the Insula Orchestra conducted by Laurence Equilbey. He is currently soloist with the Concert d'Astrée conducted by Emanuelle Haim, les Talens Lyriques conducted by Christophe Rousset and with B'Rock Ghent. In addition he regularly performs with other top ensembles such as the Orchestre Révolutionaire et Romantique conducted by Sir John Eliot Gardiner. As a member of these ensembles he has performed at almost all major European music festivals and has made more than 70 CD and DVD recordings. The internationally acclaimed solo-CD "fall now blows its horn" was released by the Phaedra label in 2010, once again putting the lyrical Flemish horn repertoire in the spotlight. In 2016 a second solo CD "Chants d'Amour" was released, with works from the Liège and Brussels romantic horn tradition with the Terra Nova label.

In June 2008 Jeroen was awarded the title of "Laureate of the Orpheus Institute" con brio. Currently he is teaching at the Royal Conservatoire in Antwerp, as researcher and teacher at the Royal Conservatoire of the School of Arts in Ghent and as horn teacher at the Bruges City Conservatoire. In July 2019 Jeroen Billiet and his conservatory colleague Rik Vercruysse hosted the successful 51st International Horn Symposium with which he attracted more than 700 horn players from 40 different countries to the Ghent city centre. During the associated street festival Wake the Dragon, the Guinness World record for the largest horn ensemble of all time was broken during an impressive open-air concert on Sint-Baafsplein in Ghent.

Recently Jeroen Billiet received the prestigious Punto Award from the International Horn Society, a recognition for his international career as a player, teacher and researcher. He is currently preparing a PhD in musicology at Ghent University on the Ghent horn tradition during the Belle Epoque period.