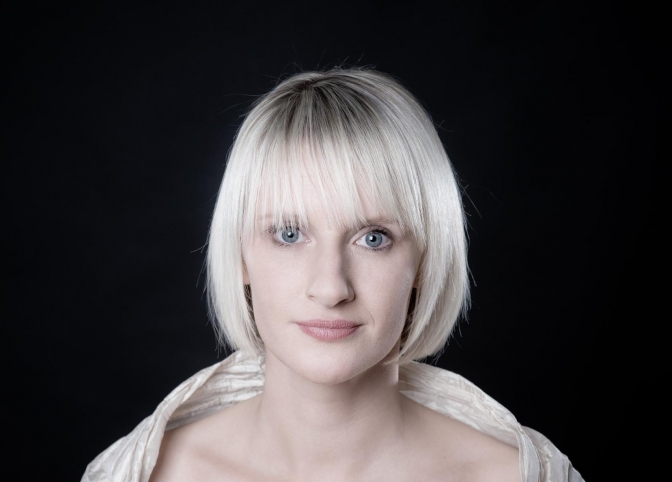 Van Kerckhove studied at the Conservatory of Antwerp, the Flanders Operastudio and the Queen Elisabeth Music Chapel. In the meantime she was a guest at the Wiener Festwochen and the festival of Aix-en-Provence. In 2005 she made her debut with the Bayerische Staatsoper in Medusa of Arnaldo De Felice.

On the occasion of the world premiere of Philippe Boesmans' opera Julie, Hendrickje could be heard for the first time in De Munt. Furthermore, she sang Blonde (Entführung), Ernestine (M. Choufleuri), Sophie (Werther), ... At the Vlaamse Opera she participated in Don Giovanni (Zerlina), the Ring (Woglinde) and Dialogues des Carmélites (Soeur Constance). In 2008 she made her debut in the Theater an der Wien as Soeur Constance; This was soon followed by Maja in "Die Besessenen" by Johannes Kalitzke and Najade (Ariadne). Other important venues where Hendrickje performed: Staatsoper unter der Linden Berlin, Al gran gran sole carico d'Amore, DNO Amsterdam as Norma Jean in Waiting for Ms Monroe, Opéra de Nantes and Anger as Elena, ... In 2014 she sang the role of Claire in the world premiere of the opera Quai Ouest - after Bernard-Marie Koltès - by the French composer Régis Campo.

Already in 2008, ECHO (European Concert Hall Organization) chose her as 'Rising Star'. The title was accompanied by performances in the Musikverein Wien, Concertgebouw Amsterdam, Megaron Athens and the 'Philharmonie' of Luxembourg.

Hendrickje Van Kerckhove worked on productions at the National Opera Amsterdam and the Royal Muntschouwburg. In addition, she worked with pianist Nicolas Callot, with whom she gave a concert with songs by Grieg, Schumann and R. Strauss as part of the major song recital series at deSingel. She also performed with Brussels Philharmonic, Flanders Symphony Orchestra, deFilharmonie, Orchestre Philharmoinque Royal de Liège and the National Orchestra of Belgium...