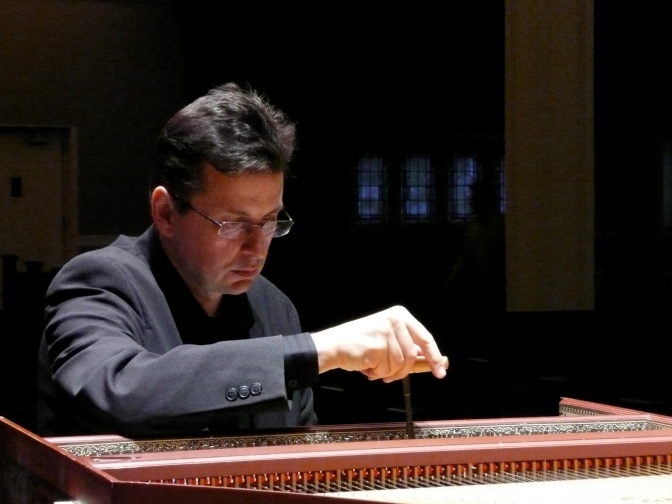 The Belgian harpsichordist, Guy Penson, studied at the Royal Conservatory of Ghent. He is a laureate of several international competitions including the Musica Antiqua Competition in Bruges in 1980.

Since finishing his studies, Guy Penson has gained an impressive reputation in Belgium and abroad. He has appeared as a guest-artist at the most important European festivals (France, Italy, Spain, Germany, Hungary, Romania, Russia, Scan-dinavia), as well as in Canada and South-America. As a harpsichordist he performs regularly in solo recitals, and in collaboration with many renowned orchestras: Orchestre des Champs Elysées, Concerto Köln, I Fiaminghi, Ricercar Consort, etc. He often concertizes with Greta de Reyghere, Guy de Mey, Claude Maury and Johan Huys. In addition to the harpsichord, he has specialised in fortepiano and tangentenflügel.

Fifty CD's top a list of Guy Penson's recorded work, which also encompasses several radio and TV-recordings. His recordings of soloworks by J.S. Bach, W.F. Bach, and W.A. Mozart have been welcomed with great enthousiasm by the Belgian and the international press.