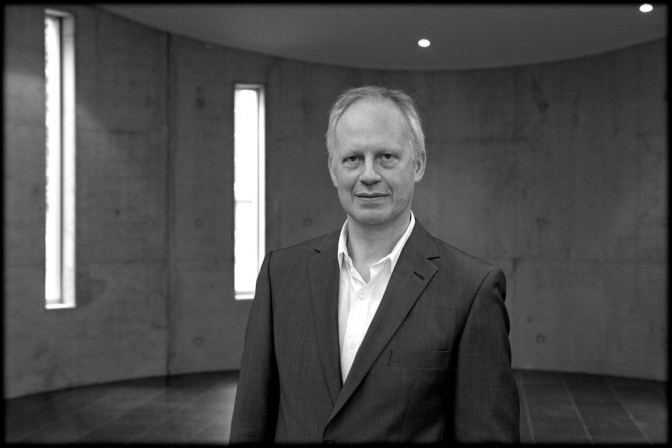 Florian Heyerick studied in Ghent, Brussels and Leuven and received First Prizes for recorder, flute and chamber music. He also holds a master's degree in musicology from the University of Ghent. Florian Heyerick is the founder and artistic director of the Vocaal Ensemble Ex Tempore. He was also a regular guest conductor with the Collegium Instrumentale Brugense, the Baroque orchestra Les Agremens, the Flemish Radiococcus choir, Musica Antiqua Cologne, ... Since 1998 he has also been a regular guest with the Dutch Ballet Orchestra in Amsterdam, now the Holland Symphonia. He also performs frequently as a soloist on recorder and harpsichord.

In 2000 he was awarded the Culture Prize of the City of Ghent. His constant attention to the renewal of the repertoire is expressed through countless lectures and original concert programmes, as his remarkable Kantata project (2001-2010) goes to show. From 2002 to 2004 Florian Heyerick was the chief conductor of Kurpfälziches Kammerorchester Mannheim/Ludwigshafen. He also conducted the World Youth Choir, deFilharmonie, the Gelders Orchestra, the Rotterdam Philharmonic, and a production at the Ghent Operastudio. Today he is the artistic director of the Musikforum Mannheim and the baroque orchestra Mannheimer Hofkapelle (D) and artistic leader of the early music festival Cydonia Barocca.

As an instrumentalist and conductor he has made numerous CD recordings: with Ex Tempore performing piece by Telemann, Handel, Monteverdi, Herzogenberg, Scarlatti and M. Haydn and Graupner; with the Dutch ballet orchestra in a remarkable production of Mozart's 'the magic flute'; as an instrumentalist he has performed works for two harpsichords and cantatas by Bononcini and Telemann.