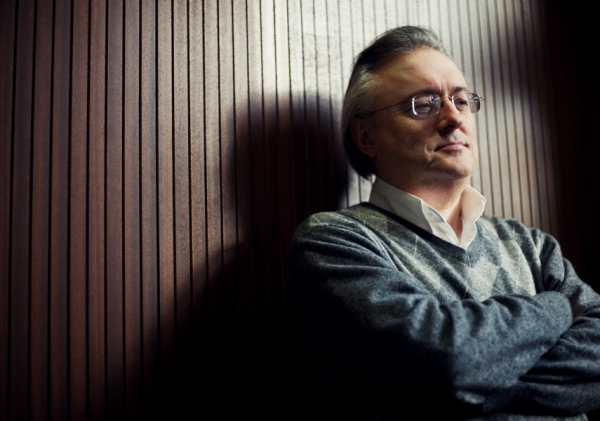 Vanoosthuyse performs throughout Eastern and Western Europe, Latin and Central America, the USA, Canada as well as in China and Japan. He makes numerous recordings on radio, television and CD.

He performs with important orchestras (I Pommerigi Musicali/Milano, Lithuanian Chamberorchestra, Sjanghai Symphony, Lisbon Symphony, Brussels Philharmonic, …) and composers (Levi, Oundjian, Sondeckis, Bailey, …). He's scheduled regularly on international festivals like the Festival of Flanders, the Festival of Wallonie, the Klara Festival, the Festival of Brussels, the Festival of Bourgogne, and also in Paris, Washington, Chicago, Copenhagen, Frankfurt, ...

His preference to chamber music is emphasized by the many concerts with a variety of excellent quartets like the Vilnius Quartet, Simon Bolivar Quartet, Daniel Quartet, … In 2009 Eddy Vanoosthuyse started his own chamber music ensemble, where the base is formed by the clarinet and a string quartet. Added to that he, Vitaly Samoshko (first laureate Queen Elisabeth Competition for piano, 1999) and Michael Kugel (viola) formed a trio.

He is a guest professor at numerous conservatories and universities (Indiana University/Bloomington, Simon Bolivar Conservatory/Caracas, DePaul University/Chicago, University of the Nationalities/Beijing, …).

He's been the principal clarinet of the Brussels Philharmonic/Flemish Radio orchestra since 1988. In 1992 he was invited for the World Philharmonic Orchestra, in 1998 for the Symphonicum Europae.

In 1999 he founded the clarinetchoir 'The International Clarinets', an ensemble that has been formed exclusively out of (former) students of Eddy Vanoosthuyse. The group made 3 CD recordings and worked with: Larry Combs/Chicago Symphony, Wenzel Fuchs/Berliner Philharmoniker, Eddie Daniels, ...