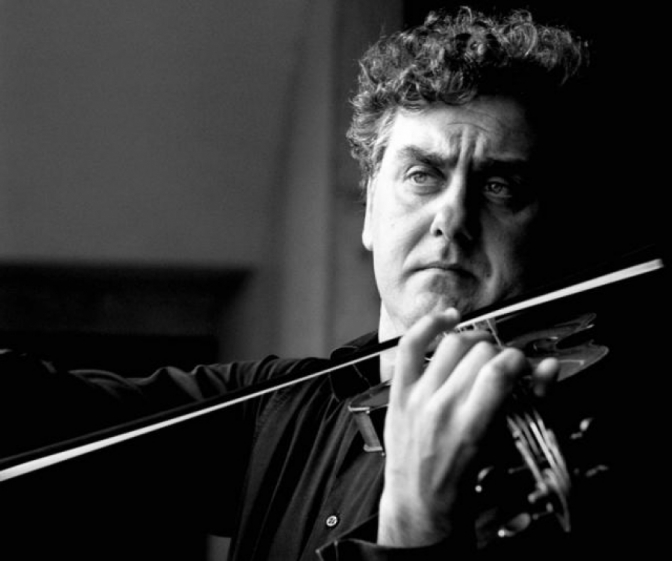 Alessandro Moccia, born in Cagliari (Sardinia), studied with Felice Cusano at the Conservatory in Milan. After receiving his diploma with top marks he continued advanced studies in Cremona (Italy) with Italian violinist Salvatore Accardo and in Portogruaro with Ukrainian violinist Pavel Vernikov.

Since 1987 he combines teaching with concerts as soloist in Europe, South America and Japan, and with chamber groups in many European festivals. In 1990 he created the Turner Quartet and recorded with them four CDs with music of Mozart, Beethoven and Brahms for Harmonia Mundi. The same year Philippe Herreweghe choose him as leader of the Orchestre des Champs-Élysées. This Orchestra performs in most prestigious halls along Europe and has an intense record activity. He has played as soloist the Triplo Concerto of Beethoven with Anner Bijlisma and Andreas Steier in 1993 and in 1998 with Peter Wiespelwey and Ronald Brautigam at the Theatre des Champs-Élysées in Paris, at the Concertgebouw in Amsterdam, at the Vredenburg in Utrecht and at the Palais des Beaux Arts in Brussels. He registered a large number of CDs with conductor Philippe Herreweghe and Collegium Vocale.

Since 1999, invited by conductor Semyon Byckov, he has been working with the Westdeutschen Rundfunk orchestra in Colonia and since 2005, at the invitation of Daniel Harding, with the Mahler Chamber Orchestra. He is involved with an intense teaching activity in different countries of Europe, and since 2004 he has been invited to run master classes at the Academy of Music in Kyoto, Japan. He works with French publishing house Fuzeau and he has published in three volumes ‘Italian Methods and Treatises for violin from 1600 to 1800’.